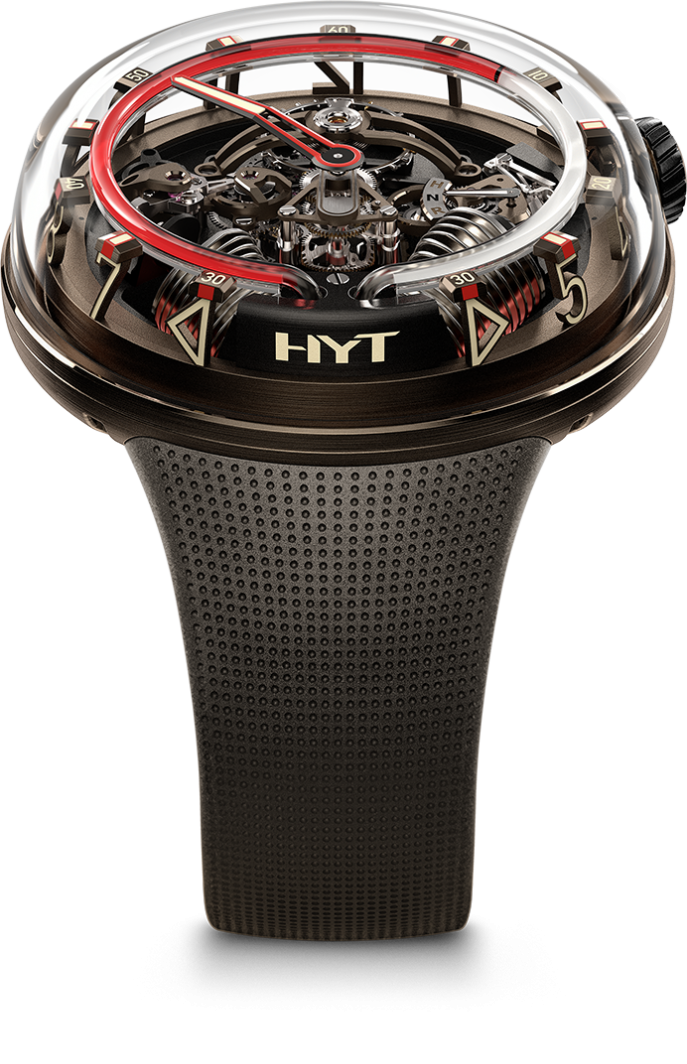 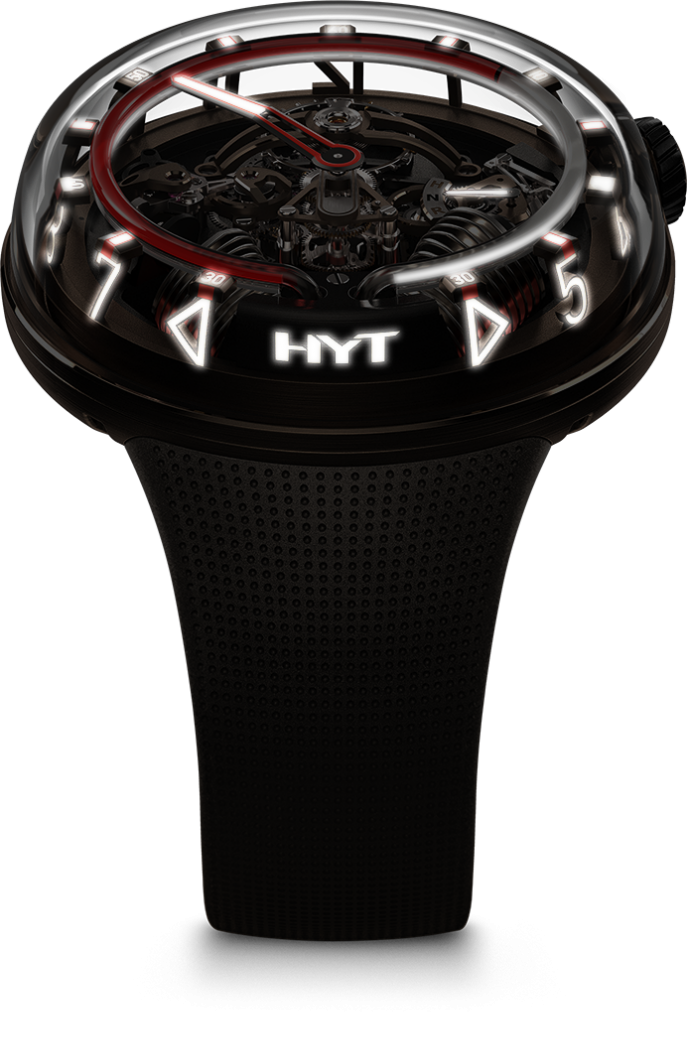 For the creation of the H2.0, time travel became the destination. This inspiring journey to explore the roots of the notion of time recalled the Clepsydras of ancient Greece, which indicated time’s passage by the movement of liquid from one vessel to another. It also took in the very first observations of the earth’s roundness made by scientists, philosophers and mathematicians around 600 BC. Four thousand years later, the radical, confidently contemporary H2.0 in brown has landed. Using the earth’s primary color, its domed, three-dimensional design and mechanically mastered fluid operation confirm that time’s flow is what keeps all worlds turning. 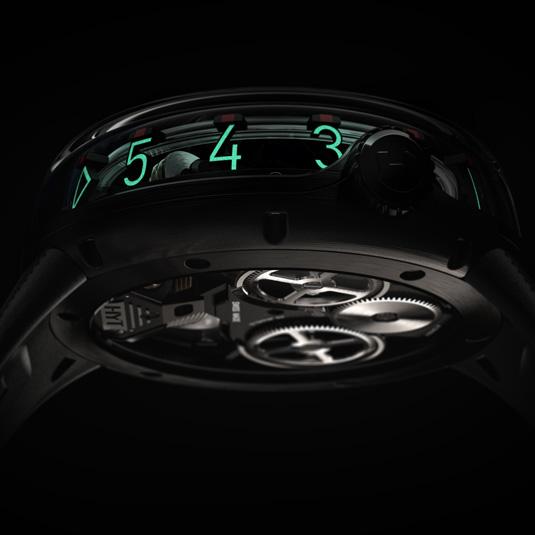 Science and art offer a totally new perspective on horology in a watch that visibly celebrates time’s essence. The former focuses on technical innovation, the latter on visual impact. Its accurate measurement of time’s passage marks the conclusion of a challenging adventure. Defying gravity is just one of the technical milestones that liquid time has reached. In the brown edition of the H2.0, red liquid records recently elapsed time, while clear liquid symbolizes the time that lies just ahead. The meeting point of the two substances is the precious present. A mechanical movement, created with APRP for exclusive use, is dedicated to precision. The 28-jewel caliber in this limited edition integrates rich brown PVD coating. Seamless transmission between the mechanical movement and fluidic module takes place via the conversion of rotation into linear motion using a cam-follower system. A jumping minute hand and flange formed from one piece of metal add to the portfolio of expertise.

The new H2.0 grounds the refreshing new view of time, aka a cloche-like sapphire crystal, in a nurturing brown PVD coated stainless steel case. Projecting a warm glow on to the horological happenings above is a red-tinted sapphire crystal case back. The three-dimensional design language is underlined by the angled positioning of the two rhodium-plated bellows and hands and sculpted numbers that appear to simultaneously float and be anchored in accuracy. This watch is resolute in its belief that the passage of time is the one to watch. Why on earth wouldn’t we? 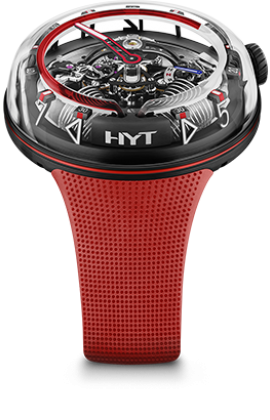 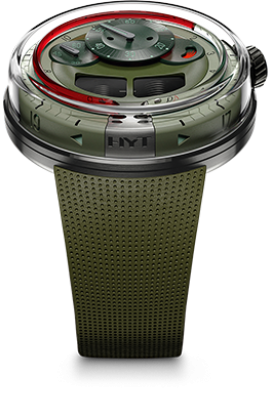 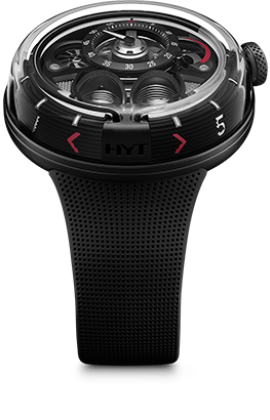 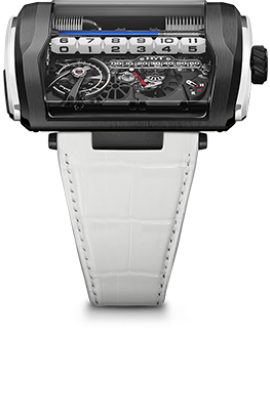 A fully linear
portrayal
of time 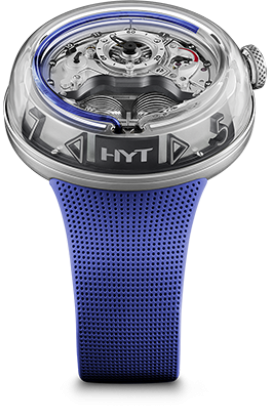 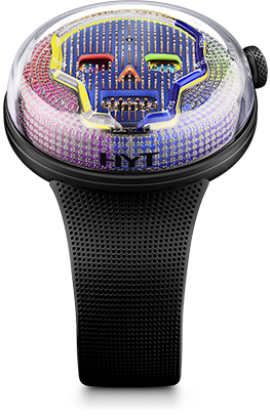 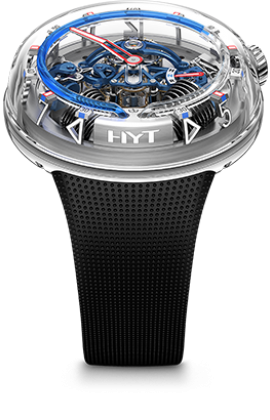 Your unique, customized piece of high level engineering is only one step away. Contact us for inquiries.

Find us in your region
More

Get in touch with us